SimCoder generates high-quality, consistent C code from a PSIM control schematic automatically.  Boost the speed of your design, reduce your development costs and propel your innovations to market. 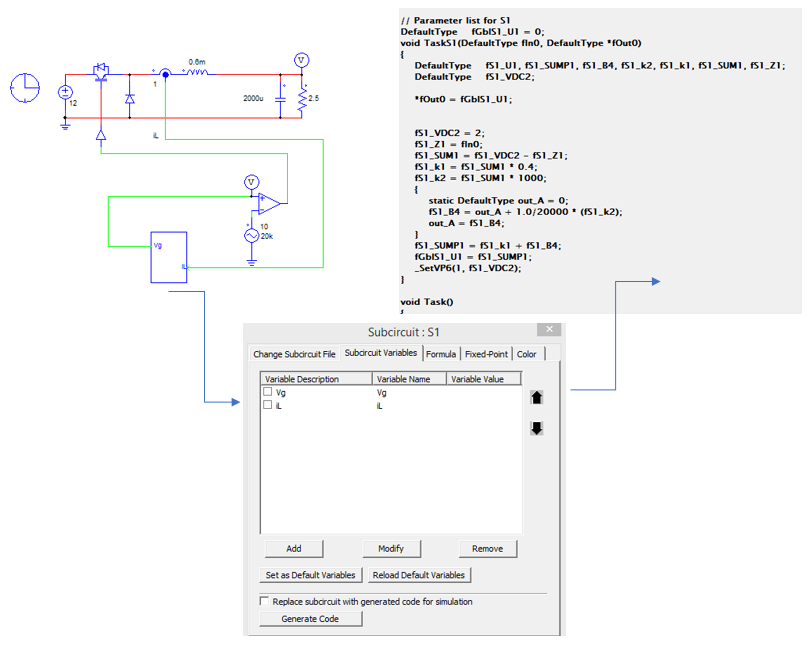 If a hardware target is specified, SimCoder generates C code that is ready to run on the specified physical hardware for real-time operation. SimCoder’s automatic code generation function seamlessly integrates simulation with hardware implementation, and greatly speeds up the development and design process.

If a hardware target is not specified, the C code generated by SimCoder can be inserted into the user’s own code for system control.

With the SimCoder Module only, PSIM will translate the control algorithm into C code. But the code will not contain any hardware functions (ADC, PWM...) and will not run on a DSP directly.

Processor in the Loop (PIL) Module

PIL module enables to easily verify the operation of the digital control algorithm on a Texas Instruments DSP or MCU. In deed this module is a straightforward, reliable solution that lets you advance your prototype development and simulation with no limits on power stage complexity.

Setting up a PSIM PIL simulation is easy. After a few minor edits to the code you simply need to connect the DSP with a JTAG emulator to your PC and then PSIM handles the rest. 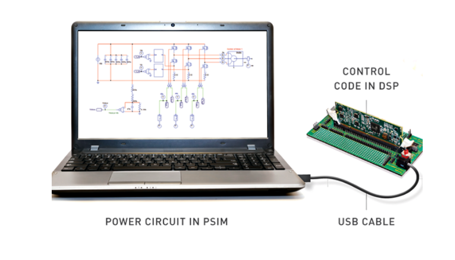 The software PSIM is developed by Powersim and exclusively distributed by Powersys in Europe and Israel.
PSIM is a simulation environment for power conversion and control that will allow your group to gain a competitive edge.

With PSIM’s powerful simulation environment, it will allow you to work more efficiently, reducing the development cost and time-to-market. It is one of the fastest simulators for power electronics simulation. It achieves fast simulation while retaining excellent simulation accuracy. This makes it particularly efficient in simulating converter systems of any size, and performing multiple-cycle simulation. There are many optional add-on Modules available to address specific needs in various applications. These Modules give you the flexibility to tailor PSIM for your own needs, and significantly enhance PSIM’s capability.